Handbags for a cause. All photos courtesy of Angela and Roi.

When Angela and Roi initially reached out to me regarding their collection the thing that caught my attention was the fact that all of their stylish and high fashion hand bags were made of 100% vegan leather. And all this time I thought Stella Mcartney was the only designer who cared about protecting our furry friends in the name of fashion. Angela and Roi though is so much more than animal friendly fashion. Their philosophy of business is to “value customer satisfaction not profit margins.” They also believe in the ability to use their resources to positively impact the greater community. First of all let’s talk about their bags. From their minimalist and classic styles in an assortment of shapes and colors, all bags are available at affordable prices ranging from $58-$165. My favorite is the “essential backpack” priced at $128. Just like any other shopping experience I innocently perused through the color options not realizing each color represented a cause. For example, green bags benefit the “Anxiety and Depression Association of America.” Every green bag sold, Angela & Roi donates $5 to help in the prevention, treatment and cure of disorders related to anxiety and depression.

Also, similarly to other leading fashion forward charitable causes Angela and Roi dedicates a portion of their website to educating their customers on the statistics and what you can do outside of purchasing one of their bags to support the cause. And if that wasn’t enough, there is also “The Ribbon Project” a unique concept of bringing Angela and Roi followers directly to cancer and disease fighters. How it works is, Angela and Roi includes a post card with the story of a cancer or disease fighter with each purchase. A&R followers can then write a “hopeful message on the post card, snap a picture of it, and share it on their Facebook page and Instagram with the #ribbonproject and #angelaroi. With the “Ribbon Project” Angela and Roi aims to “bring hope and support to our fighters while we inspire our followers to do good!” The best part of this amazing project is you don’t even need to buy a bag to send a well wishes message. Visit Angelaroi.com and meet some brave souls battling intense illnesses.

Fighting battles is something my family and I are all too familiar with. My mom passed away 10 years ago in a battle against brain tumors. She fought long and hard but in the end it was a pain patch called Fentanyl that killed her. Then there’s my little cousin, Elizabeth, or our families little angel as we like to call her. She’s been battling Alstroms Syndrome since 2 or 3 months after she was born. Alstroms Syndrome is a genetic disorder with only 800 cases world wide. In a nutshell it’s a debilitating terminal illness that effects all major organs. Throughout the course of the disease one endures blindness, deafness, obesity and diabetes. It doesn’t end there, all those things ultimately lead to chronic heart failure, severe lung problems, and liver failure. Sadly, there is no cure for this syndrome. Heart issues are one of the key factors of this debilitating disease but ironically she has one of the biggest hearts I know. I remember a few years back and she was in the hospital. Naturally she was the recipient of well wishes and get well gifts. She didn’t want any gifts, unless her little sister Kayla got something too. I could go on and on about how amazingly brave and kind hearted she is but just know there probably is nobody sweeter than Elizabeth.

As if that wasn’t enough of a strike to our family’s heart strings, my twin cousins, one of which is Elizabeth’s mom was also diagnosed with a terminal illness called gastroparesis. Never heard of this one either? Ya, neither had I until I got another gut wrenching phone call that something was wrong. In a nutshell, they can’t eat anything because their organs that process food don’t allow their bodies to do so because their digestive system started shutting down. This is heart breaking for a billion reasons one of which is they could probably open up their own restaurant with all the delicious plates they put together. In case you were wondering these diseases, as rare as they are have their own awareness colors as well. Alstrom’s syndrome supporters are raising awareness every time they wear denim. And green is also shared with the gastroparesis community. Inspired by Angela and Roi, I would love if next time you my precious reader, wore denim or green, you could share with me and hashtag your photo on social media either #forelizabeth for denim or #foraimeeandbeth if you’re wearing green. They don’t ask for extra attention but I’m sure love and support from around the world would mean just that, the world. At the end of the day, we all know someone who is battling unfortunate diseases and ailments. Kudos to Angela & Roi for stepping up to help out in the most fashionable way possible. 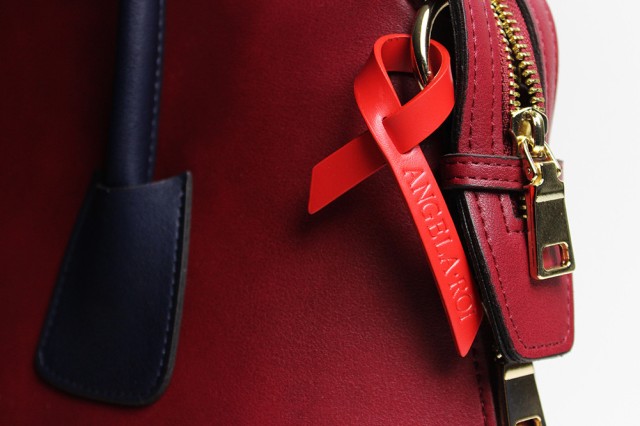