I feel absolutely horrible for not having the opportunity to update you, my beloved loyal readers on all of the great Spring pieces and sales I’ve come across as of recently. But I’ve been dealing with the headache of car repairs (which prevented me from participating in all the LA Fashion Week Festivities, never been so bummed in my life) and the migraine inducing stress of purchasing a home. The good news is I’m officially in Escrow as of yesterday. Yay!

Now it’s time for me to vent for just a moment. The market these days according to my real estate agent is not what it used to be. I imagine prior to the market crashing a few years ago, there was a sense of urgency and things actually got done in a timely efficient manner because people involved in Real Estate actually had the luxury of solely making a living off of just their Real Estate job. But alas, even I have co-workers that also dabble in Real Estate and show homes in between shifts. I never thought much of it until we put our first offer in and did’t hear anything back for nearly a month. Ok, I take that back. What we heard was a nauseating never ending merry go round of “I’ll have an answer for you Friday.” Oh, actually, it’s a bank holiday so we’ll let you know Wednesday. Actually, nope just kidding Friday. Oh no my assistant is going on a 3 day vacation I’ll let you know next week. I’ll let you know Wednesday. I’ll let you know Thursday by 11. Finally, after a month of being strung along by the listing agent on the first property (I am extremely considering filing a formal complaint on this guy) he sent us a counter offer. Great we thought! We’re moving forward! Granted this home was a short sale. Had been on the market since November. It was a beautiful home and initially a fantastic deal. Dream come true and my boyfriend referred to it as the “Golden Egg” home. Of course it looked like a bit of a fixer upper. And since it had not been occupied in months plumbing and electrical were a concern, amongst a slew of other things. But this house would have been worth it for the listing price of $235 k. But then we were told that there was a lien against the home and we would have to pay $6,000 in back owed HOA fees (how HOA fees that are only $45 a month accumulate to that number is mind boggling to me.) But we were willing to pay it. The listing agent also advised in the beginning that the reason no prior offers had been accepted was due to the fact that because it was a bank owned home, the bank was actually only going to accept an offer higher than the listing price because it needed that to profit. So we made an offer I believe of something in the ball park of $250,000. We were told upon that offer that our’s was the best offer made. So the whole time we waited we thought we stood a chance. The bank was going to make what it needed to net, and we were going to get our home. But then, again after a month of being strung along we were told that the bank was actually going back to the first people that made an offer to see if they still wanted the home. But yet we were still sent that counter offer, in which in addition to the $6,000 extra fee necessary to remove the lien we would be responsible for all repairs including the process of dealing with termites.

Our loan is FHA, which has a ton of requirements and home inspections necessary to protect the buyer and the bank from getting into a home that has the potential for the roof collapsing. Which makes sense. We were advised by our Real Estate agent that if we wanted to accept the counter to be cautious of the fact that there could be a possibility that we could pay for all those repairs to make the home FHA acceptable, and if something were to go wrong in Escrow, we would not get reimbursed for the money and essentially lose out on the home.

At that point we moved on. We were never told the bank went with the first people. In fact we have reason to believe because of this lousy Listing Agent our offer was never submitted to the bank. If there was another offer he could have told us in the beginning “Sorry, there is another offer on the table.” Why the bank would decide to go with an offer that doesn’t even net them a profit, which is what the listing agent alluded to in the beginning is beyond me. And only makes sense if they were unaware of our offer to begin with. But no, this listing agent chose to stress us out, and lead us on. The good news is I’m certain I lost a few pounds due to all the stress.

The next home didn’t have the plantation shutters, or the beautiful glass shower, but it had a huge back yard and hundreds more square feet. This home was beautiful and had a spiral stair case. I loved it. We put our offer in on a rainy Sunday afternoon (apparently rainy weekends are the best time to look because nobody is out looking.) We were the only offer! Yes! We had a chance. Or so we thought until we were told the seller was dealing with recovering from surgery related to his cancer of the esophagus. Yikes we thought. Poor guy. We said a prayer for him and his quick recovery. But he’s not recovering well, and in the time it took this Listing Agent to realize it wasn’t going to be a few day recovery process had already received several offers. Eventually, he removed the listing. But that offer lasted a few weeks of just waiting and hoping the seller would recover. Last word on that was that the poor guy was having nothing but set backs and we wouldn’t know until he was well. Why on earth then (I am sympathetic for the man but still have left over frustration from the last situation) would you list a property that isn’t ready to sell?

Meanwhile, while we were waiting to hear back from these properties prices are going up, the weather is getting better and the competition is growing. The last weekend we went out literally there was another couple trailing every home we went to. There is something rewarding though about being the competition for couples well into their 40’s. Anyways, the last search resulted in us finding our home. It is beyond beautiful with a view of the lake. I plan on turning that room in to my office. The closet space is endless. The backyard beautifully landscaped and the perfect backdrop for future blog shoots. My boyfriend teased me and said while I don’t have a picket white fence I have a beautiful vinyl fence. That was only a back and fourth of one day before my amazing Real Estate Agent convinced the seller he should sell the home to us. Only a day into Escrow, but I feel like the worse is behind us. Now it’s just a matter of getting paper work into the hands of the right people and passing inspections. I suppose this journey might seem ordinary to some, but I’m a millennial and I am part of a generation that expects instant gratification, instant answers. Sorry not sorry that is what I was raised to expect.

Naturally, now all I can think about is interior decorating. Pinterest is my new best friend! Follow me Girlygirl0867! I have one Grandma passing on crystal and gold dish wear to me and another one shopping Estate Sales for deals on must have home goods. I have the best family! We’re hoping for a 30 day escrow! Fingers crossed. But the good news is this journey is over, and we have our dream home. Now I can breathe and get back to doing the thing I love most, blogging. 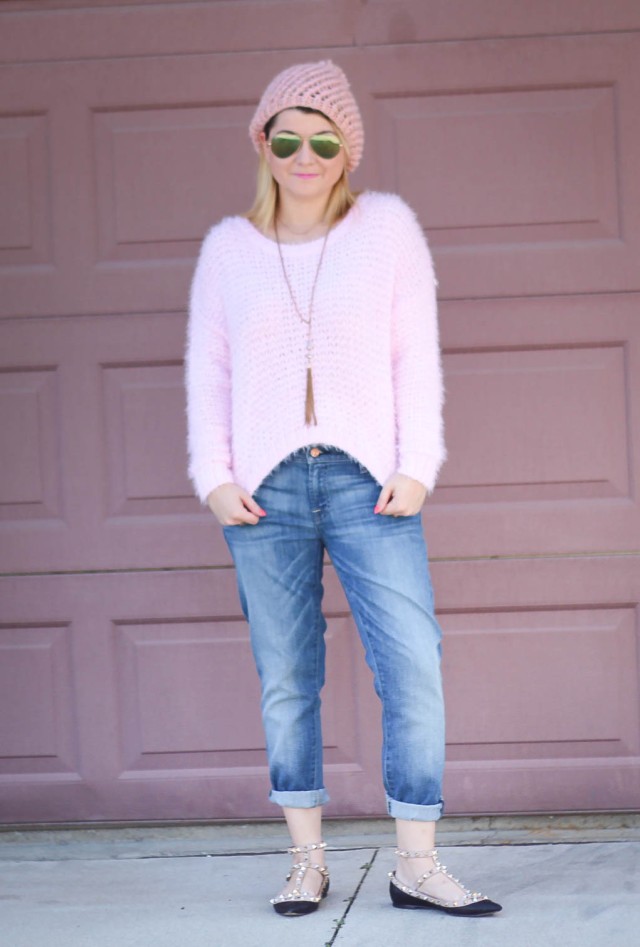