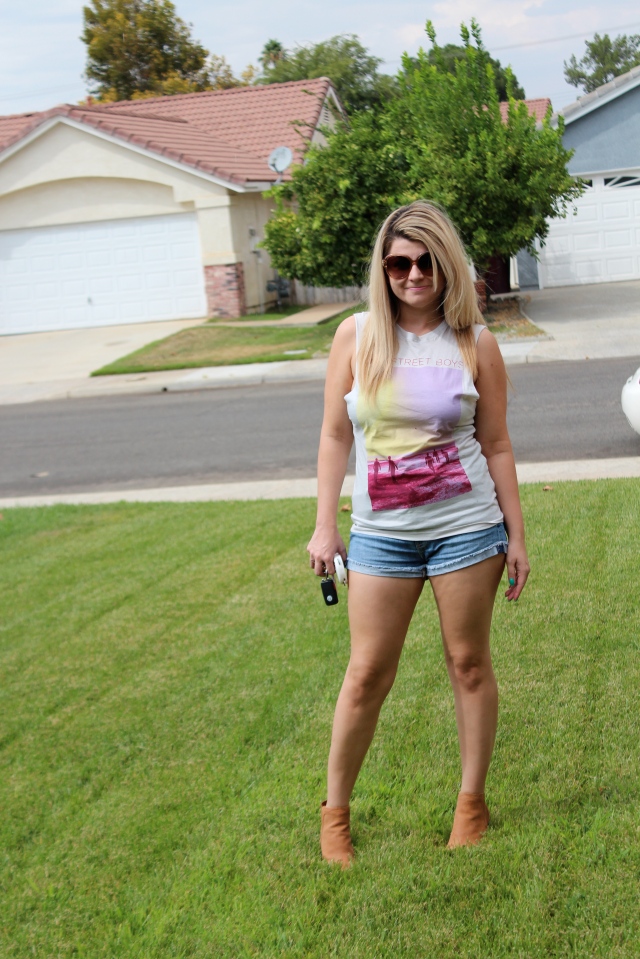 Yup still a Backstreet Fan. Yes, I realize I’m not 13 anymore and no I don’t care.

So hot of the heels of another mini Backstreet-a-thon for me and my BFF, I have yet once again come to the conclusion that by far the greatest decision in life I have ever made was becoming a Backstreet fan. Really and truly I don’t remember exactly what compelled me to break away from a normal day of television watching, on that fateful day. Mind you this routine typically included Rugrats, Are You Afraid of the Dark and maybe a Disney movie here and there. But on that fateful day, I was sucked in to the world of boy band mania with a catchy tune called “As Long as You Love Me” and the beautiful blue eyes of Nick Carter.

Lord knows I experienced my fair share of ridicule over this. My mom called them the “Backdoor Boys”, what that exactly means I still have no idea. My cousin, a rap/ hip hop fan said he raised me better than that and had never been more disappointed. Oh, and who can forget the battle between Nsync vs. Backstreet. FOR THE MILLIONTH TIME, I was always a fan of both. Equal space on my walls was devoted to both bands. But seeing as how Justin will forever keep Nsync a distant TRL memory I feel as though my loyalty has finally landed with Backstreet and rightfully so. To the Nsyncer’s who have recently joined our side, I see you finally see my point and WELCOME! 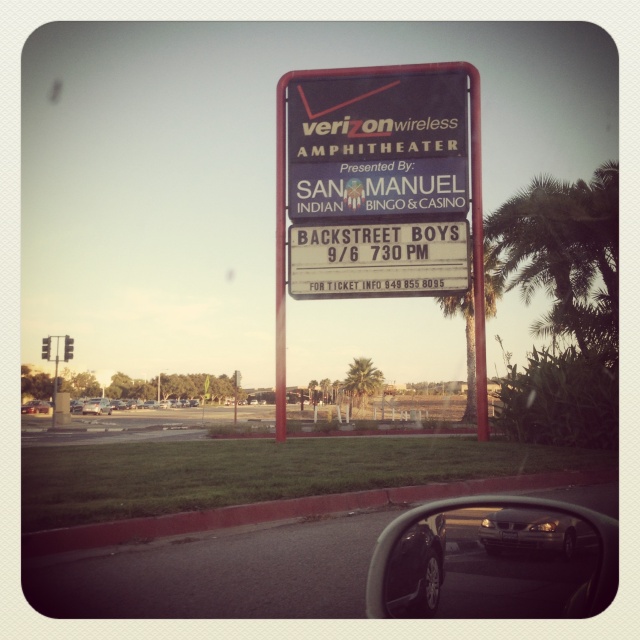 A show so nice we had to see it twice!

Needless to say this tour was amazing. I don’t recall ever going to a Backstreet show and saying “wow, that really sucked.” Not even the time me and my BFF almost died at the Palladium because Kevin decided to join the group for one night during his brief exit from the band. If I had died that night I would have died happy. One thing I’ll always appreciate about these boys is they bring the energy and they understand the nostalgia that makes their fans keep coming back for more. Not to mention the fact they’re growing and evolving with time and their own journey through being an adult. One of the things I love most about a live show is hearing what influenced a song. Like my new favorite “Madeline” and how it was inspired by all the teen suicides. Oh, and it goes without saying that perhaps one of the best things about going to a Backstreet show is singing along with thousands of screaming girls the lyrics to “I Want It That Way.”

Naturally, as we always do me and Katie met some interesting girls this time around. Could not recall their names for the life of me. I never do. But one girl was saying she was there celebrating her 30th birthday and she felt embarrassed to be celebrating with the boys. She said she was trying to keep it incognito. Me and Katie laughed at this. On the contrary we have been pretty vocal about our love for the boys and we are not ashamed of it. When we explained to the girl we have taken planes to see our boys, had the pleasure of meeting them more than once, have tattoos, bumper sticker’s etc and will yell from the high heavens our love for the boys she looked at us with some sort of admiration. She got it. She was just afraid of what others might think. Not us. Not ever. 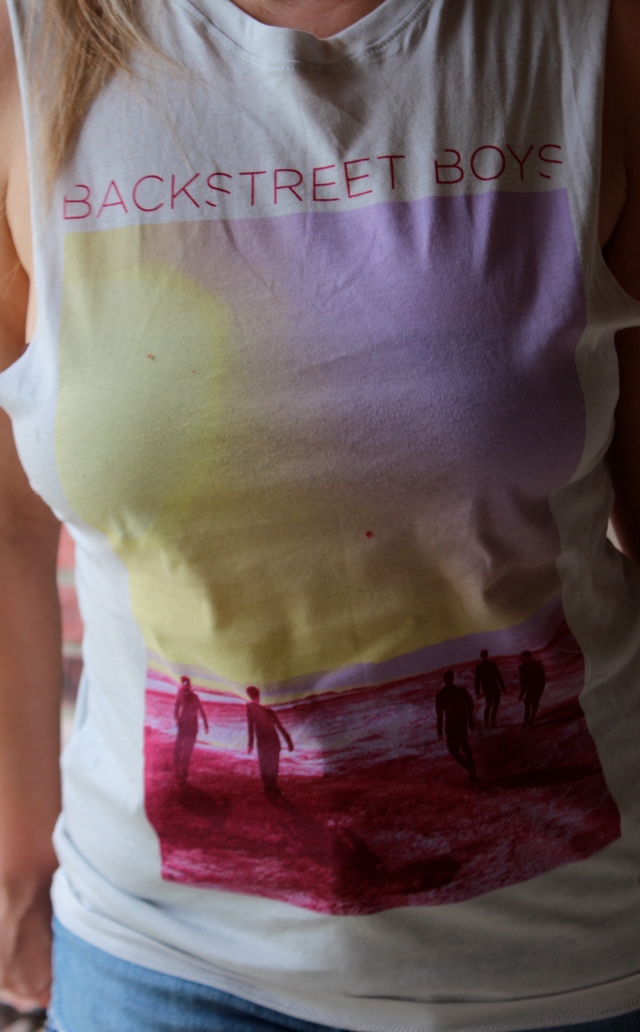 Concert tee: $55 Concert ticket: $60 Rocking out to “I Want It That Way” singing along with thousands of twenty boppers, priceless.

During the show, the boys showed a preview for their new movie and AJ makes a comment along the lines of there are always going to be haters, and people saying they don’t belong here anymore but they’re still here and proving people wrong so they gotta be doing something right. I couldn’t agree more. I could have chosen a concert tee that has tour dates. Goodness knows I’ve been to them all. I could have chosen the shirt that says “I still love the Backstreet Boys” but that to me implies negative connotations. I opted for the simple tank. One with no words, just the boys and their name. It reminds me of the infamous “Endless Summer” print. Which is perfect. Summer is never complete until I’ve seen the boys at least once. Which if that’s the case then I guess Summer, that’s a wrap! 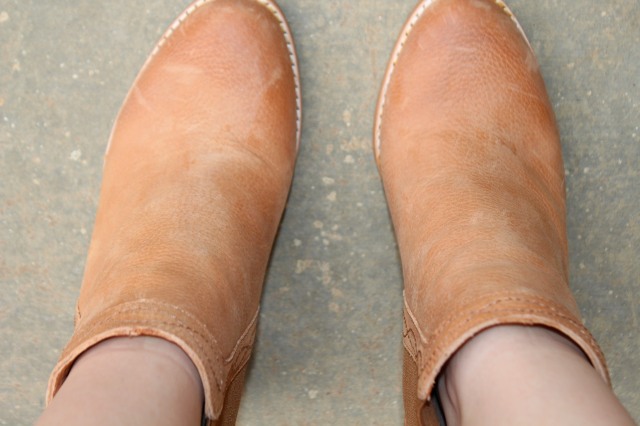