In the regular world Halloween is when children dress up in costumes and beg for candy. In girl world, halloween is the one night a year when a girl can dress like a total slut and no other girl can say anything about it. The hard core girls just wear lingerie and some form of animal ears. 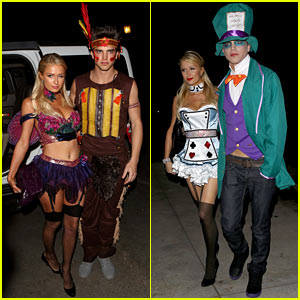